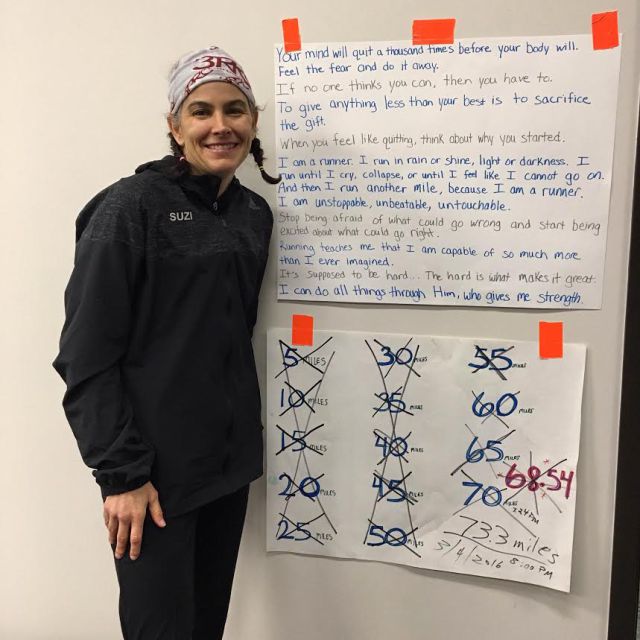 March is Three Rivers Running Company’s anniversary month. We began celebrating our 12th anniversary by being a part of an extraordinary and memorable running event. On Friday, March 4th, Suzi Swinehart came into 3RRC early in the morning, and at exactly 8:00 AM she began a 12-hour treadmill run in quest of the world record for distance run. Twelve awe-inspiring hours later, she stepped off the treadmill, having run 73.3 miles. That is not a typo — she ran 73.3 miles on a treadmill in 12 hours. She broke the pending world record by 4.76 miles. That’s nearly a 7% improvement over the pending world record. That is a mind boggling accomplishment.

The fact that she did it is amazing in and of itself. To say that the way she did it was inspirational would be an understatement. Suzi did it with grace, composure, confidence, and an unwavering positive spirit, hour after hour for 12 hours. She thanked people for coming to support her effort – while she was in the midst of her run. She graciously did television and newspaper interviews during the run. She maintained her efficient and perfect biomechanical form for 12 straight hours, with a relaxed focus that allowed her to maintain her pace right on target with the pace charts she had prepared for her record run.

As the day progressed and she continued to roll up the miles, it became obvious that the record was not only going to fall, but it was going down early. As more supporters filed into the room late in the day, the excitement started to build. She broke the record around 7:10 PM, with 50 minutes to spare, and just kept going. When she pushed the stop button on the treadmill at 8:00, having completely buried the world record, her remarkable journey was over, after running 73.3 miles without ever really leaving the room.

We all know how mentally challenging treadmill running can be. A 12-hour run on a treadmill is hard for most of us to even comprehend. Suzi obviously likes challenges — big ones that truly test human limits. Witnessing her accomplishment last week was one of the most amazing running experiences I have ever been a part of. She is a world record holder, having accomplished, by far, the best performance ever for that event, on the planet. As Dawn said over and over as it became obvious that she was going to shatter the record, “Oh Suzi!”. It was hard to find the words to describe her incredible accomplishment.

You see, we don’t need to bring in big name runners from other areas of the country to inspire us.

They’re right here among us. We have all the inspiration we need right here. 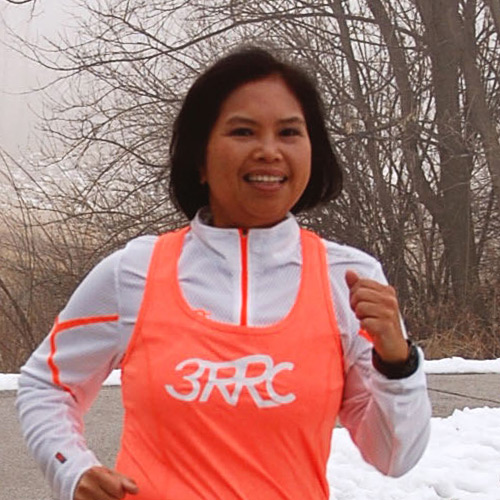 “At 3RRC they share their passion for running and the motivation to help you succeed in your goals. No matter what distance you have in mind, they are there for you.”