Christy Howard has only been running since 2012 but in a few short weeks she will be hitting the trails of Chain O’Lakes State Park for her first hundred mile race.

“For me, the longer I run, the more empowered I feel,” Christy said. “I struggle with depression, but when I’m running I feel like I’m on top of the world. Like I can do anything.”

Any race beyond the traditional marathon distance of 26.2 miles is considered an ultra.

And something is getting new runners and seasoned veterans alike captivated with these freakishly long races. According to Ultra Running Magazine, the amount of ultra races across the country has quadrupled over the last decade.

In the fall of 2013, the 3RRC Ultra Racing Team was formed to promote and advocate for ultra trail running throughout Northeast Indiana and surrounding areas. Since then, this group of 30 runners has grown into one of the most supportive, dedicated, encouraging teams we have ever met. It’s no wonder they spend hours on end together every weekend.

Christy, who is the newest addition to the 3RRC Ultra Racing Team, says she was hooked immediately when she started running trails just a year ago and signed up for the Indiana Trail 100 in November before ever setting foot on the course.

“Something about accomplishing a ultra makes me feel like I can accomplish whatever goal I set,” she said. “Running an ultra is just like life; there are ups and downs but pushing through them makes you stronger.”

As soon as she hit Chain O’Lakes for the first time, she knew this was where she was meant to be.

“I feel like I am running through a piece of heaven,” she said.

On April 30th, this slice of heaven will be home to 400 participants and countless volunteers for the 2016 running of theIndiana Trail 100, Indiana’s only 100 mile trail race.

Among the 400 is Steve Carr of Napoleon, Ohio. Like Christy, Steve will be trying his hand at his first 100 miler.

Like many ultra runners, Steve was introduced to the sport by someone crazy enough to already be participating. In this case, that person happened to be former 3RRC employee Avery Collins.

“I had never heard of ‘Ultra Running’ or the fact that anyone was running those kind of miles,” he said. “I was inspired but wasn’t ready to conquer anything like that. I ran my first half marathon at Fort4Fitness in September of 2014 and felt on top of the world.”

He signed up for his first ultra that December, with Avery’s encouragement and training help.

Since then, he has joined the 3RRC ultra team, lost 52 pounds, and inspired more people than we can count on all our fingers and toes with his upbeat attitude and engaging personality.

“I have a totally new outlook on life. I now know that nothing is impossible,” he said. “The things that I use to think were unimaginable are actually very possible.”

Christy also said that she loves to run because it has helped her believe that she can do anything.

“I have never believed in myself more than I do since I started ultras and trail running,” she stated. “I feel it was a gift and I’ll never take it for granted.”

3RRC will be following these remarkable individuals (plus a few more!) throughout their journey leading up to the IT100 at the end of April with our brand new blog series. Make sure you’re following us on Facebook, Twitter, and Instagram so you don’t miss a thing! 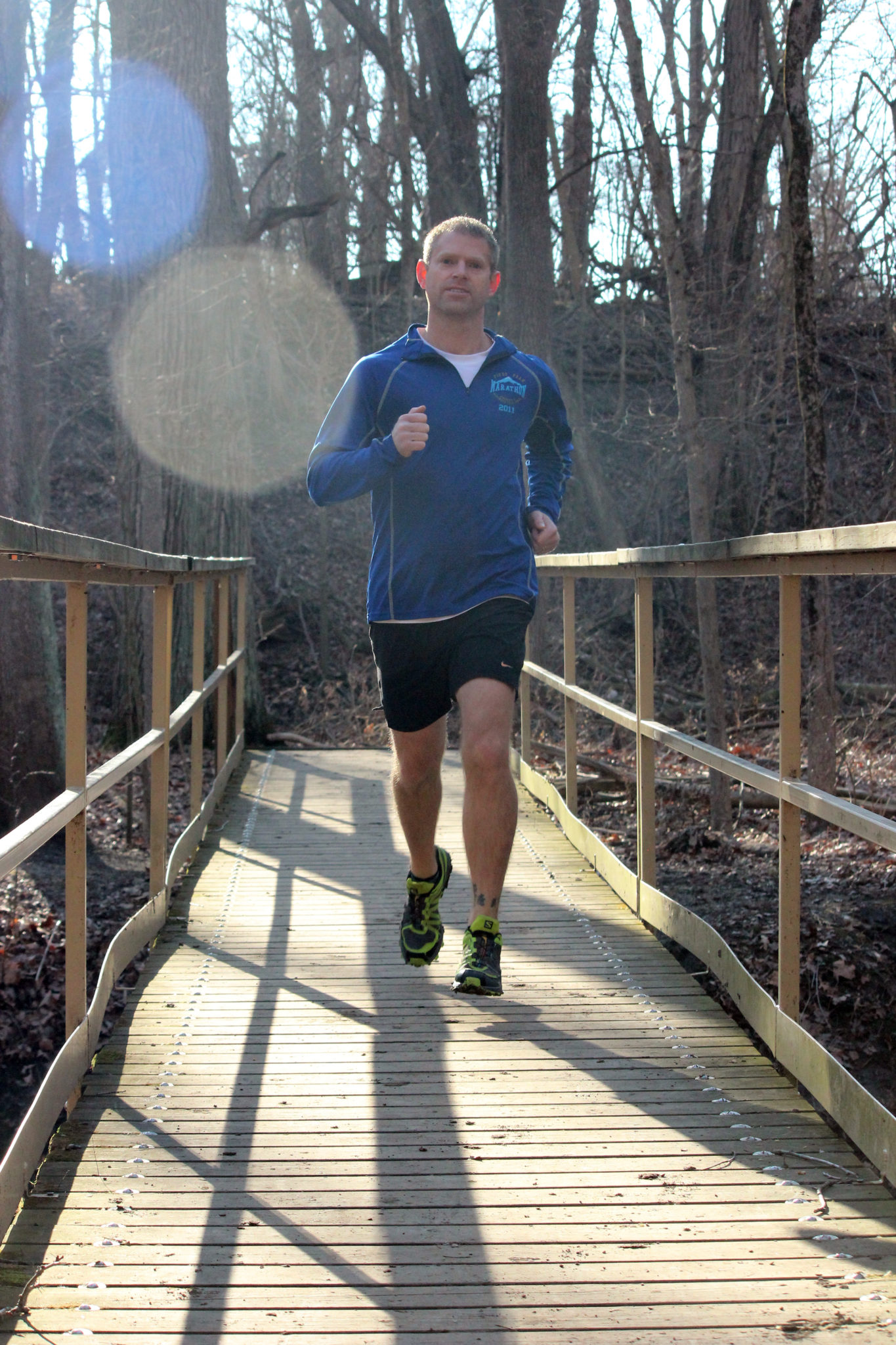 “I feel confident that when I refer my physical therapy patients to 3RRC they will get the advice and products they need to be successful.”