Week 4 has come and gone and the stakes have been raised. There is no rest for the contestants as they strive towards healthier bodies and that final half marathon (which you can sign up for here.)

Monday evening brought on a new outing for the contestants. FWSW, for the first time, brought the nutrition class to the grocery store for a field trip. What a great opportunity to be able to have the nutritionists be in the store to give them first hand answers on what to look for in their shopping. Instead of just being told not to buy food items in the center aisles of the store they were able to see what to look for in the labels. They also were not limited by what the nutritionists brought in but were open to compare anything they saw in the store. It was a great outing but unfortunately the nutritionists refused to become personal shoppers for them in the future.

Josh brought on sleds in a powerful new way this week. He added weights to the sleds but added something else that even the alumni had not seen. The sleds were set up so they contestants were able to put their backs against the sled and then had to go backwards to push the sleds. The leg muscles really felt this new move in ways not felt before. EJ also added weight to squats by having everyone hold medicine balls as they did them. Added weight did not stop there, CeCe added hand weights to her training.

Amber brought out a new form of training as well. First, on Wednesday, she upped the wall sits. She made everyone do one legged wall sits. Try leaning against a wall like you are sitting in a chair and then lift one leg off the floor and keep it out. It isn’t easy. Friday, the contestants got introduced to the world of yoga. No, there was no meditation going on (some moaning but no meditation). While yoga is sometimes used for meditation, Amber was demonstrating how it can be used to work the muscles. It might look easy and peaceful but sweat was pouring off the faces of the contestants. Yoga is hard but many of the contestants were doing great jobs with the different positions.

The run time was almost perfect. Wednesday night’s crew was able to run outside. Thursday night started to but then lightning appeared and for safety sake (safety is always first) the contestants were told to head to their cars and get home. Some of the runners didn’t make it back to the cars before the heavy rain hit but they all made it back safe and sound. Saturday morning the goal was set to complete 4 miles. 4 miles, that is almost a third of the half marathon they will do in July!

Week 4 is done and the contestants are still going strong. They are accomplishing new things every day and working hard for their goals. 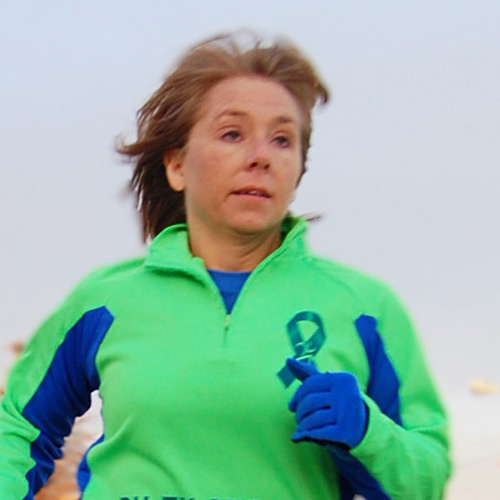 “In today’s world full of corporate franchises and online retail giants, it is great to see a locally owned and operated business be successful. They are amazing, always friendly and helpful. They love running and it shows. It doesn’t matter if the customer is a beginner or a state champion.”