By: Blake Harris
I was excited for the Ultrafly 3 the minute I saw it in Topo’s catalog four months in advance of the release. In fact, I was so excited that I feared being let down by my own hype. Fortunately, Topo lived up to every ounce of that expectation with this model. Let’s start with the looks: 1000% improvement over the Ultrafly 2. I’ve always been a Topo fan but their glaring weakness has been the crude look of the upper. In the Ultrafly 3, we see Topo’s first seamless upper and it looks great no matter what colorway you get your hands on.
The feel is as good as it’s ever been. I don’t think I’ve had a shoe that combines cushioning and responsiveness quite like an Ultrafly and my praise for that feeling remains the same with this model. The comfort of Topo’s signature wide toe box is the icing on top of what makes this shoe one of my favorites of all time. I would highly recommend it to any light stability to moderately neutral runner or walker looking for a lightweight, everyday shoe. 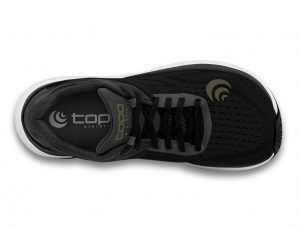 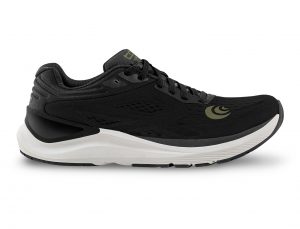 “I am always inspired by other runners. I love being around positive people and draw energy from them. Whether plodders or speed demons, I love to talk to them and listen to their stories.”