So you’re running your first Fort4Fitness:

In 2011, it was my first half marathon and out of the four I have run, it remains one of my favorite races. I have since gotten faster, but the lack of pressure and having the single goal of finishing just made it much more enjoyable.

For all three distances, the course is packed with supporters and spectators which provide an amazing atmosphere that distracts you from just how far you’ve actually gone (which is a good thing, in most cases).

It’s so easy to get caught up with the adrenaline rush of the gun going off but it’s very difficult to go out fast and keep the same speed throughout.

People joke that the best strategy for the  shorter race distance is: “Go out hard, kick it in, finish strong.” For many, the 4 mile is the perfect balance of distance and speed. It’s a good place to start and is a pretty standard distance for many road races.

For the beginner, the Couch 2 5k program provides beginners with a plan that incorporates walking and running at various time intervals to get you used to running further and for longer.

Other mobile apps like Run Keeper and Nike+ have training plans for various levels. Basically, if you can run a mile, you’re pretty much set for your first race. With the enormity of the event, it’s so easy to get caught up in the wave of people, but the key is not to go too fast at first.

The 10k distance is less about speed and more about distance. For the beginner, you need a little more base than for the 5k.

The same developers of the Couch 2 5k program have a Bridge 2 10k for those who want more after the C25k. Like with the 5k, there are many other mobile apps and training plans for the 10k, as well.

A long run a week of at least 45 minutes will be of great benefit for those getting into the longer distances. I’m not entirely sure of the specifics, but my college cross country coach always said the muscles in the legs changed the way they work after about 45 minutes.

The long run provides a speed work without necessarily going any faster than another easy day. I would venture to guess that if you can run 4 or 5 miles in one go, you’ll be set for a 10k race.

The half marathon distance is 10 miles plus a 5k.

When I trained for my first half in 2011, I had run 5ks in high school two years prior but mostly did speed work for soccer. I had never run more than 5 miles in one go, and even that was a struggle.

I used the Fort4Fitness training plan they had on their website which allowed for a few rest days throughout the week. My longest run was probably 11 miles or so.

I started from a friend’s house and tried to follow the mapped out F4F course I saw online to the best of my knowledge. My first 10 mile training run was not a good experience. It honestly scared me into thinking that I really couldn’t do the race. I had to do that plus another 5k, which really didn’t sound fun. But I’d already paid and committed to the race, so I had no choice.

In addition to the Fort 4 Fitness training plan, like the other distances, many apps provide training plans for the half marathon since it continues to grow in popularity.

For the half, there are clocks with timing mats at 5 and 10 miles so even if you don’t have a watch, you can keep track of your pace at those two places. The clocks are by gun time, though, so your actual time may be slightly different than what you see.

For all distances, there are aid stations that have water and sports drinks. The course maps on the F4F website provide the position of the aid stations for the three races.

It would be beneficial to get used to hydrating and fueling while running. There are energy gels and other refueling options that provide electrolytes. It’s useful to try a variety of these during your runs so on race day, it’s not a complete disaster. I, personally, have used Power Bar gels, and have had good luck with them. I take one before the race (about 20 min before the start) and another around mile 6, for the half.  For other distances, I just take one before the start and it works pretty well.

Three Rivers Running Company has group runs at 5:30 p.m. on Wednesday evenings. Many runners who attend the group runs are seasoned runners who have participated in the Fort4Fitness and many, many other running events in the city. 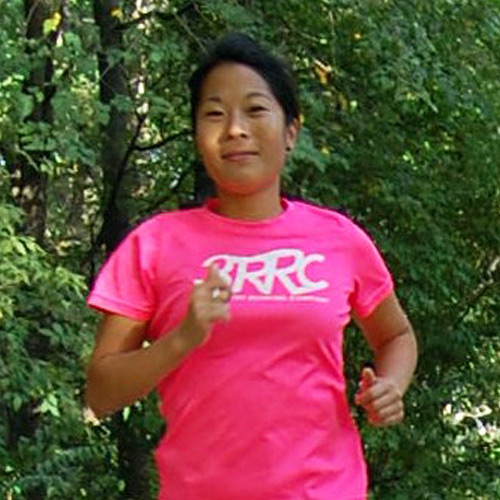 “I run because it makes me feel confident and heathy. I also love the camraderie. It’s awesome to know that there will be a group of people out there cheering you on before, during, and after every race.”